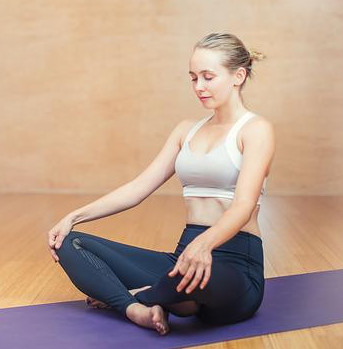 Bhastrika is one of the Yogic Pranayams. It is an advanced form of Pranayam designed to effect even the end pores of the body. Here we discuss the Bhastrika Pranayam Steps and Benefits.

Pranayams are breathing exercises meant to cleanse the body with supply of pure oxygen. We have read the effects of some of the easiest Pranayams for Beginners. Here’s the link for reading about these Pranayams from one of my earlier articles.

The air is considered to enable flow of life in Yoga. The literal meaning of Pranayam in Sanskrit is Life Dimension. Pranayams are performed to energize life in the body.

Pranayam has a wholesome effect on the Mind and the Body. Numerous benefits have been listed in the Texts if Pranayam is performed daily by Sage Patanjali.

Besides reducing stress, Pranayam improves the Mental Functions. It’s long term effects are similar to reducing free radicals in the body. Thereby, a number of lifestyle diseases can be prevented by regular practice of Pranayam.

Though everyone can perform Pranayam, one should consult their General Health Practitioner in case of any existing complications. These articles are meant to improve your general health and in no way construed as treatment of any particular disease or anomaly.

What is Bhastrika Pranayam?

Bhastrika stands for bellow of the iron-smith. It is a Breathing Exercise where inhalation and exhalation is rhythmic and done forcefully. It is a Yogic exercise and has beneficial effects on skin, memory, pituitary gland and the digestive system. 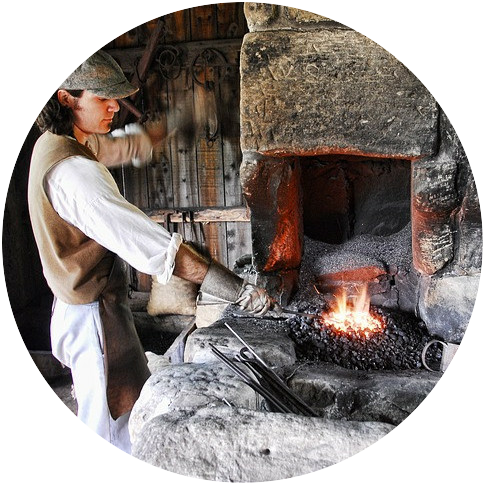 This exercise emulates the functioning of an iron-makers bellows. Air is forced in and forced out rhythmically number of times. Bhastrika raises the body temperature when performed properly.

Raising of body temperature destroys the disease-generating bacteria and fungi. This is same as artificially causing fever in the body but in a controlled way.

Bhastrika enhances the oxygen level in blood and forces it to the last ends of the veins. Thereby, there is a noticeable skin glow in people practicing this regularly.

This Pranayam is much more rigorous than others like Anulom Vilom and Kapalbhati. Beginners should start only in steps before going full scale on this Pranayam. There is considerable weightage when Bhastrika is called a Yogi’s Pranayam.

Bhastrika provides intense energy to the body. The body resembles that of an athlete if practiced regularly. One can defy aging by actively performing it everyday.

Being one of the most intense Pranayams, Bhastrika Pranayam Steps and Benefits are in sync with rhythmic action of our mid-section.

How do you Perform Bhastrika?

Bhastrika is performed in minimum five steps of forcefully inhaling and exhaling air. First step is slow, second being medium and third is intense. Then slow down to medium and finally slow pace. 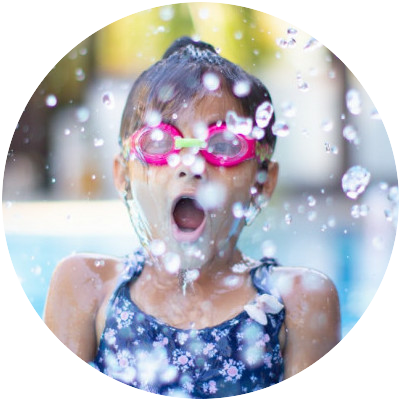 It can be performed in more steps as you get used to it. The first two steps are slow and medium, followed by more rounds of intense. Final slow down is with medium followed by slow pace.

First step of slow pace is when air is forced from and to the nose. The pace is about 2 seconds for inhalation and exhalation. A set of 20 must be done at this pace.

Third step is the intense pace. The inhalation is from lungs and so is the exhalation. This must also be done in a set of 20.

As explained earlier, Bhastika must be done in minimum five steps and can be stepped up gradually with the intense pace repeating after the first two steps. The final steps should be medium and finally the slow pace.

Beginners should practice with slow pace for a week followed by medium for a week. When confident, start with the five step process.

What are the Benefits of Bhastrika?

Bhastrika detoxifies the body and build immunity. Raising the body temperature in the process kills harmful bacteria and fungi. It helps to build focus and concentration. 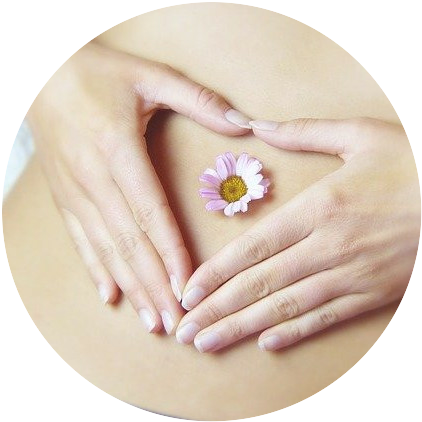 Long term practice has a pronounced effect on pituitary gland. It regulates the hormonal secretion and is a great way to control mood swings during menstrual cycle of women.

Sexual health improves with this Pranayam. It improves the fertility but improving blood flow to reproductive organs. It is also known to eradicate sexual problems like erectile dysfunction.

Bhastrika has one of the most prominent effect on skin. It pumps oxygenated blood till the last vessel. Skin gets a natural glow on practicing Bhastrika besides curing skin problems like acne.

Digestion improves on practicing this Pranayam. A regular practitioner can digest almost anything.

The biggest advantage one can gain is focus. It improves the mental function improving memory.

One must practice Bhastrika with the thought of exhaling bad thoughts while inhaling wellness and good thoughts. This has a positive effect on the overall well-being.

How Long Should we do Bhastrika?

The five sets of slow, medium and fast ending in medium and fast would be completed in approximately 12 minutes. This includes the intervening rest of two minutes after each step. 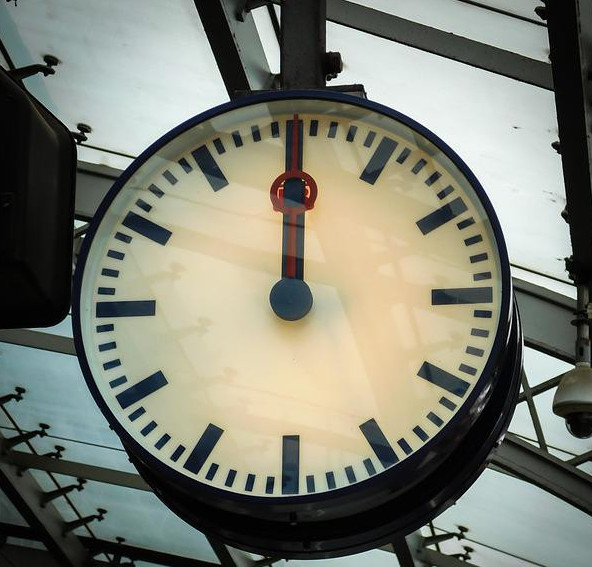 Slow pace should be adjusted to approximately two seconds for each cycle and complete 20 cycles.

Medium pace should be adjusted to approximately one second for each cycle and complete 20 cycles.

The fast pace should be done in less than half second per cycle and complete 20 cycles.

It is strongly advised to follow the recommendation on duration of performance of Bhastrika. It is a heat generating Pranayam and longer duration are not recommended for public.

It would be interesting to note that some ardent practitioners perform Bhastrika for a longer duration and are immune to extreme cold in the mountains of Himalaya!

Who Should Avoid Bhastrika? 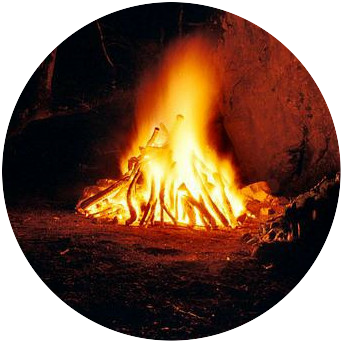 Bhastrika is strictly only for people with normal health. Seniors over 55 years of age must do only the slow and medium pace even if they are in good normal health.

It is also prudent to avoid Bhastrika in warmer climate. Increasing body hear in summer will have a detrimental effect instead of any positive health benefit.

One should practice Bhastrika only under expert guidance. This is not mandatory for other Pranayam like Anulom Vilom and Kapalbhati.

Following the precautions is extremely important in practicing Bhastrika. It is true that Bhastrika has a tremendous positive effect on your health, but not following precautions might be detrimental.

It is not without substance that Bhastrika is called a Yogi’s Pranayam. You graduate to perform this Pranayam only after mastering the basics in Anulom Vilom and Kapalbhati.

Bhastrika Pranayam Steps and Benefits comes with a clear disclaimer about detrimental effects if you don’t follow proper procedure.

Which is Better Kapalbhati or Bhastrika

Kapalbhati and Bhastrika have been designed with different objectives of health benefits. Kapalbhati focuses on expulsion on air from navel while Bhastrika is simultaneously forceful inhalation and exhalation. Bhastrika concentrates on the upper part of the body and not navel. 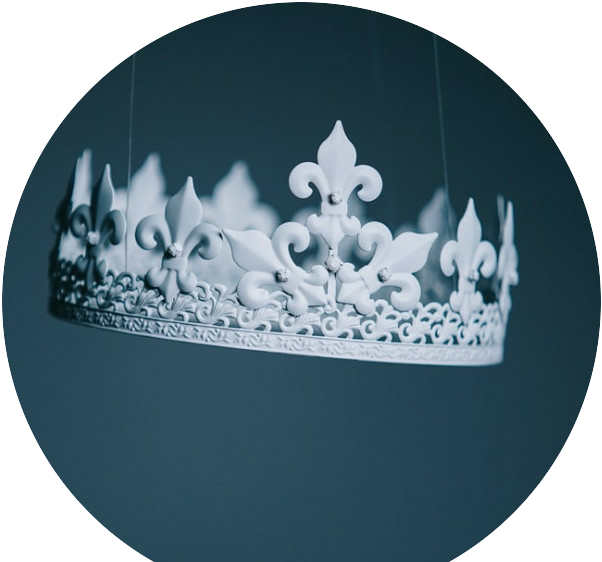 Bhastrika works wonders in enhancing the immunity, severing from the effects of outer climate specially cold. It magnifies focus and multiplies memory. It’s effect on pituitary gland is several times more than Kapalbhati.

The internal organs are thoroughly massaged in Bhastrika. This activates them and keeps them healthy. This effect is relatively less intense in Kapalbhati.

Bhastrika is called King of Pranayam. Hence, Bhastrika can be called better than Kapalbhati in many ways but with a word of caution.

Here’s the link to my other article on Kapalbhati which will be of interest to understand the differences with Bhastrika.

Bhastrika is the King of Pranayam. It is called a Yogi’s Pranayam as it is a rigorous in nature. It brings numerous health benefits to the lungs, skin, pituitary glands, digestive system and reproductive organs.

It enhances focus and strengthens memory. The immunity increases multi-fold with regular practice.

However, it is a difficult demon to tame and hence must be practiced under expert supervision only.

People with pre-existing conditions of heart, lungs or any mental problem must abstain from it. Elder people must practice it in moderation even if they are otherwise healthy.

To help the readers, here’s a link to a video tutorial on steps to performing Bhastrika.

Hope you liked to read about Bhastrika send would definitely think of taking this up for greater health benefits. Do leave your comments in the comments box below. Your comments and questions are a motivation for me to research and wrote more on subjects of wellness.

View all posts by Rohit Kumar

I may earn a small commission if you click some of the links and purchase the items on this website. Please click here for the complete Affiliate Disclosure